Today I found out that an "unpublished" paper I did several years ago has actually been cited by some authors.

It was a nice find, given that I never really made the effort to publish this paper because at that time I had grown disenchanted with academia and was ready to leave. I just did not think it was worth the effort to "polish" the paper to submit it somewhere (publish or perish... bah) but thought that at some point the stuff I worked on might be useful for someone else, so I got the document and uploaded it to Arxiv.

Playing with Genetic Algorithms at that time was good, also it is good to know that someone found it useful and inspiring! 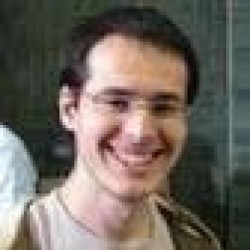